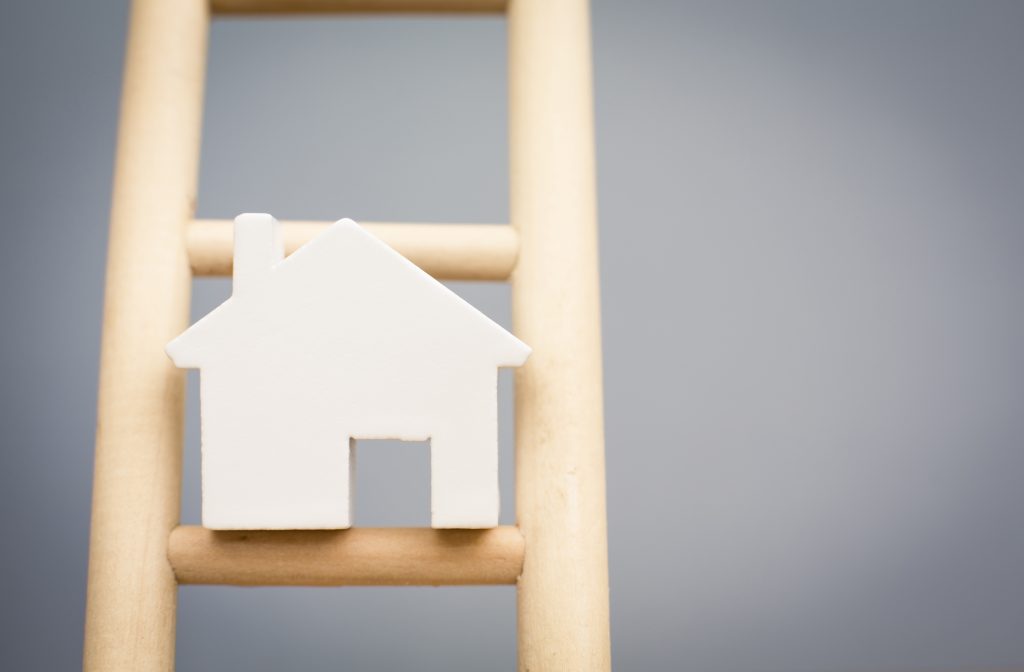 While a quarter of UK homeowners want to move up the property ladder during the next five years, the cost of moving is holding them back. That’s according to new research by Lloyds Bank.

The figures also show that the number of people moving home has fallen for the first time in five years.

Barriers to buying a home

According to the study, while the primary obstacle to moving is cost – with 22% stating it to be the main reason they are not yet able to purchase their next home – further issues that are proving problematic for potential buyers include:

Also, just under a third of those surveyed (32%) stated that they would require a substantial pay rise before they’d be able to move. That figure increases to over 50% for 25-34-year-olds.

The moving process is also cited as a barrier to movement. In fact, 43% said that they would prefer to hold on to their existing property than face looking for somewhere new. Common concerns include dealing with estate agents, moving away from the local community and an uncertain economic outlook.

However, 71% of homeowners were not concerned by the Bank of England base rate increase, and 79% said that the interest rate rise did not affect their desire to move home.

Of those surveyed, 62% feel that moving house has become more difficult over the past ten years. While 59% believe that people are moving home less frequently, a feeling backed up by the figures. While the number of home movers in 2017 was 367,000, this is significantly less than a decade ago, when the number of people moving home reached 705,900.

However, while it is harder to do so, homeowners still want to move. And, with a reported increase in property supply in 2018 and recent changes to stamp duty, we are expecting an increase in demand and movement.

Our professional team at LPL can guide you through the transaction process as well as easing any worries you may have. Speak to us today by calling 0333 305 5249 or visit our website at www.lpropertylawyers.co.uk