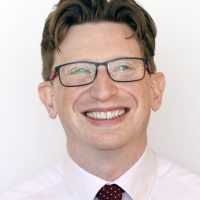 About Michael’s Role At LPL

My main role is to take on the cases that are considered “complex”. Specifically, this relates to newbuild, shared ownership, help to buy and unregistered matters but I also take on work that requires drafting or re-drafting of specialised documents. As a result, my caseload is wide and varied and always keeps me on my toes

Degree in Law from Aberystwyth University.

Became a partner at my former firm in 2006 before leaving in 2010 to study computer science at the Open University.

I have worked in conveyancing pretty much all my working life – starting as a legal secretary in 1997 before becoming a trainee then a qualified solicitor. I qualified in 2000 when the conveyancing world was very different to what it is now! In 2010 I took a brief 5 year hiatus from employment to study computer science at the Open University and returned to the profession in 2015. I joined LPL in 2018 when the firm was first formed.