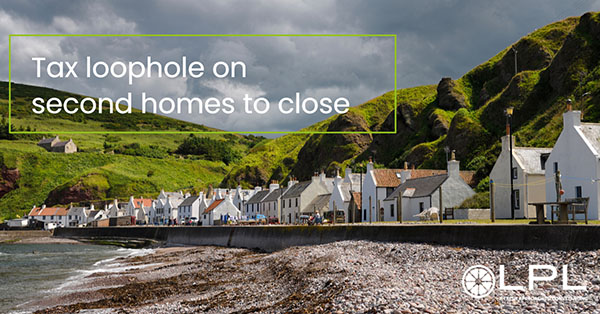 The government plans to introduce new rules preventing second homeowners from falsely claiming that their property is a holiday let.

Secretary of State for Levelling Up Michael Gove has said that holiday lets will need to be rented out for at least 70 days per year to qualify for business rates. Otherwise, they will be required to pay the higher Council Tax rates. The new rules will apply from April 2023.

Currently, owners of many second homes that are left empty for much of the year are claiming their properties qualify for business rates because they are available to holidaymakers. The government will require proof of this in the future, including evidence of holiday website listings or brochure entries showing the property was available for at least 140 days of the year.

Evidence of letting for a minimum of 70 days will be required by way of lettings details and payment receipts.

Local people in popular holiday destinations such as Cornwall, Devon, the Lake District and Sussex have long complained that second homes make properties unaffordable and that while these homes stand empty, nothing is contributed to local economies.

Cornwall Council have stated that an imbalance of second homes and under-occupation erodes community.

“However, we will not stand by and allow people in privileged positions to abuse the system by unfairly claiming tax relief and leaving local people counting the cost.

“The action we are taking will create a fairer system, ensuring that second homeowners are contributing their share to the local services they benefit from.”

Director of the Tourism Alliance Kurt Jansen said: “Establishing these new operational thresholds for self-catering businesses is welcomed by the tourism industry as it makes a very important distinction between commercial self-catering businesses that provide revenue and employment for local communities, and holiday homes which lie vacant for most of the year.

“It is recognition that tourism is the lifeblood of many small towns and villages, maintaining the viability of local shops, pubs and attractions.”

The changes in legislation are intended to protect genuine small holiday lettings and support local economies as well as ensuring that those owning second homes pay fairly towards local public services.

If you would like to speak to one of our expert property lawyers, ring us on 0333 305 5189 or email us at clientservices@lpropertylawyers.co.uk

Tips on how to deal with gazumping when buying a property

Changes to EPC rules could be expensive for landlords