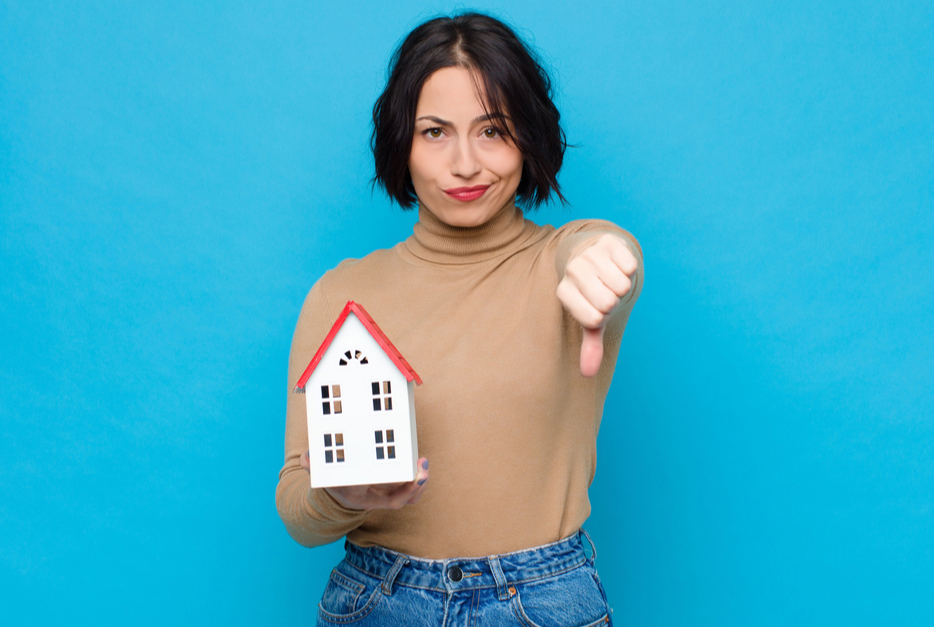 A new study by online property portal Zoopla has found that more than half of homeowners feel they are stuck in a property that no longer meets their needs.

The research also found that despite feeling that their home is no longer suitable, they stay there on average for four and a half years after deciding they would be better off elsewhere.

Reasons for wanting to move included wishing to live in a different area or to having more space for working from home. There are a number of reasons that these dissatisfied homeowners are staying put.

For many people, budget is a barrier to finding somewhere more suitable. Almost 40 per cent of those who wanted to move said they could not find the right place within their price range. Most of them thought they would need £125,000 more to be able to find somewhere ideal.

Despite wanting to live somewhere better suited to their needs, more than a quarter said that emotional ties were holding them back. As well as pets being buried in the garden, which 8 per cent of people cited, 55 per cent said that their children were emotionally attached to the home and for some this was a reason to stay put.

Some 36 per cent are parents who felt it would be too hard to leave the home that they brought their children up in.

Ties to the local area

For just over one-fifth, the neighbours are too nice to move away from and more than a quarter of people were fond of the local
pub. The coffee shop was not far behind, with just over one-fifth saying they would miss it too much to move.

Andy Marshall, chief commercial officer at Zoopla, said: “We all know the market is going great guns, but to ensure that success continues, we need to empower those who think a move is out of their grasp. With over 50% of Brits living in homes that don’t meet their needs, there is a huge untapped opportunity for agents and the broader industry alike.

“With our data showing that around half of UK homeowners undervalue their home by an average of £46,000, we’re encouraging homeowners to contact an agent directly for an expert market valuation.”

‘For those who think they can’t afford to move, or that the right home isn’t out there, I would encourage them to get the value of their home checked.’

While the home of your dreams may seem unaffordable, the research shows that in fact, you may be underestimating the value of your own home, making the gap to a new property smaller than you might imagine.

To find out the actual value of the property you have to sell, speak to a range of local estate agents who will be able to give you a realistic price that you could achieve in today’s market.

If you are thinking of buying or selling your home and you would like to speak to one of our expert lawyers, ring us on 0333 305 5189 or email us at info@lpropertylawyers.co.uk

What the Queen’s speech means for residential planning

More property information to be disclosed upfront in sales listings