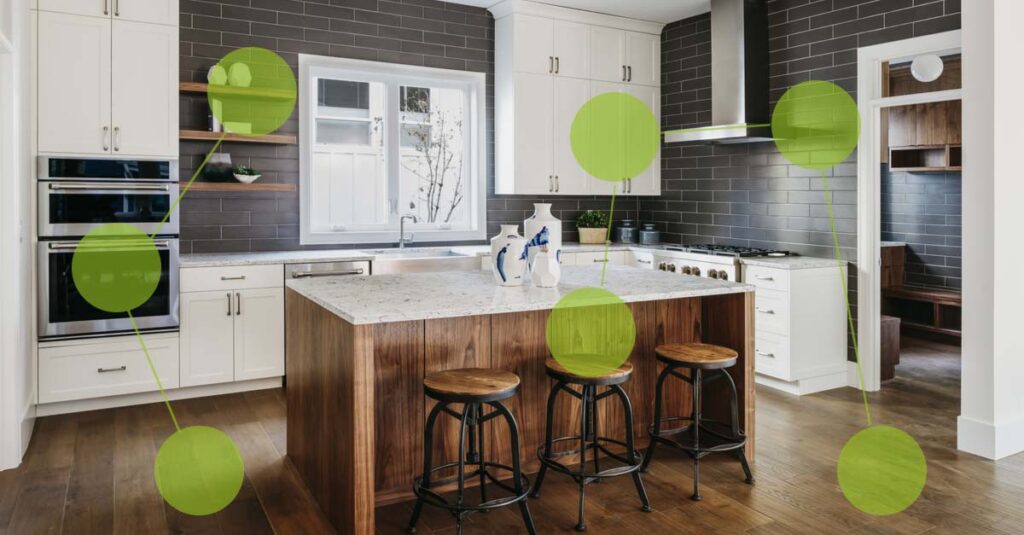 Eye tracking study reveals what people look for in your home

A new study from Confused.com has revealed what people look at when they visit a home.

By using eye-tracking technology, the financial services comparison platform has discovered where people’s gaze is drawn to when they look at a property interior.

The study was able to pinpoint where viewers were looking, how many times their gaze returned to different aspects of the room and how long they spent looking at each element, to rank furnishings and fittings in order of popularity.

Top ten areas that people looked at the most

Surprisingly, the most viewed items were office chairs, possibly as a result of working from home becoming more widespread.

Next on the list were kitchen floors, in the room often considered to be the heart of the home.

Children’s cots or beds were third, followed by throws on beds.

The office computer monitor was a surprising eighth, showing again the importance of working from home for viewers.

A children’s bookcase was ninth and the bedroom chest of drawers tenth.

Top views in the kitchen

With the kitchen or kitchen-diner often cited as the most important room in selling a home, Confused.com looked at which elements were most viewed there.

With the floor coming in top and cabinets second, the sink was third.

This was followed by the countertop at four, the window at five and decorative shelves at six.

Although expensive items such as cabinets and countertops are popular, there is still scope to impress with smaller elements. After the oven at seven, the next places in order are as follows:

Less decorative points are next, with the door, television stand and television, followed by the curtains, the mantelpiece and wall art.

The study also looked at the top trends that caught the viewer’s eye the fastest, with bouclé furniture coming first, followed by rattan furniture. Third were dark kitchen cabinets, followed by mid-century furniture and Berber rugs.

If you are thinking of buying or selling your home and you would like to speak to one of our expert property lawyers, ring us on 0333 305 5189 or email us at info@lpropertylawyers.co.uk

Finding the perfect home in a house buying boom