Is Brexit Behind the Consumer Confidence Dip in Property? 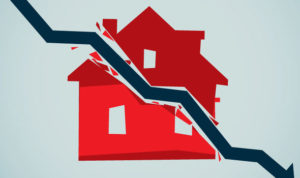 The potential impact of Brexit on house prices has been a hot topic since the vote in June 2016. And while nobody knows exactly what will happen when Britain leaves the EU in 2019, there are warning signs already. There has already been plenty of action in the housing market, with many blaming Brexit for a drop in consumer confidence.
Read on as we take a closer look at the changes so far, and what we can expect in the future.

What is consumer confidence?

Put simply, consumer confidence is a statistical measurement of how people feel about purchasing, based on the current situation. When it comes to changes in consumer confidence, plenty of attention is given to the movement immediately after two key dates – 23rd June 2016 and 29th March 2017. These are the dates Britain voted to leave the EU, and then triggered article 50.

Understandably, both events led to their fair share of uncertainty, and we saw a “knee jerk” reaction in consumer confidence. So, why did it drop? As well as uncertainty, it’s down to the performance of our currency…

After the vote on 23rd June, the pound dropped significantly in value and hasn’t returned to it’s pre-referendum levels since. It means a lot of things are costing more for Brits. Obviously, people aren’t getting as much travel money when they exchange currency. But, also, every day items like food have become a bit more expensive because of the extra cost of imports.

How does this affect the property market? Well, not so much in fact. Property is a bit more attractive for foreign investors, because they can now get more for their money in the UK. For British buyers, however, there’s no major difference. A given property is still worth the same to us, regardless of changes in other countries.

Despite not having a direct effect on the property market, the news of currency changes does impact on consumer confidence. So, less people have been willing to put money down on a house because they feel uncertain about what could happen with their financial situation more broadly.

This has led to slowed growth for housing prices. December 2017 saw house prices fall for the first time in over six months, according to Halifax. The monthly change of -0.6% was the first drop since June 2017, making it the ideal time to buy for those who can afford it.

Thinking about buying a home in 2018? Whether it’s your first home or you’re upgrading, it’s essential to find property solicitors you can trust. LPL provides exactly that. Based in Manchester, we’re part of an organisation that has provided legal services for over 140 years.

Specialising in conveyancing, our mission is to deliver a top rate service that puts you first and takes all the stress out of your property transaction. Sound good? Get in touch with our friendly team today to discuss your plans and see how we can help.