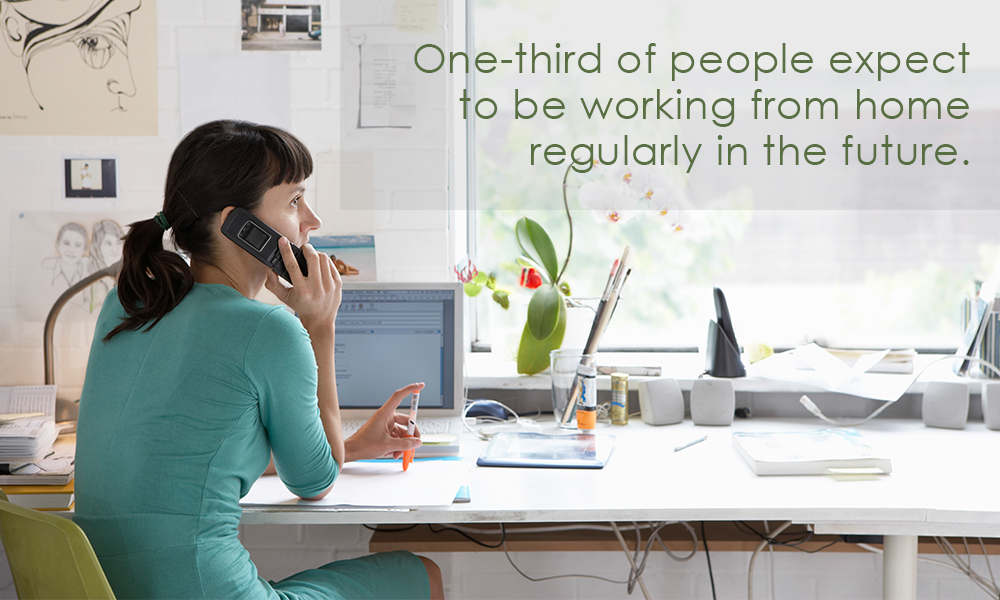 New research has found that over one-third of people expect to be working from home regularly in the future.

Homebuilder Barratt Homes and GoodMore Global Ltd have conducted a study into changing attitudes to working from home and people’s wishes when it comes to moving home.

Researchers questioned 750 participants from London and South East to find out their expectations and desires for the future of work and home.

Of those questioned, 37 per cent said that they expected to be working from home regularly moving forward.

Unsurprisingly, respondents who envisage working from home more are willing to move further away from work. In turn giving themselves a longer commute, in order to secure more space, with 21 per cent of those hoping to work at home for three days
a week willing to make this compromise and 25 per cent of those likely to work at home for five days a week.

Workers who will be at home for more than three days a week were prepared to consider an extra hour’s commute each way to their place of work.

Lynnette St-Quintin, Sales and Marketing Director for Barratt Southern Counties, said: “Lockdown has clearly been a massive change for most companies with the decanting of offices in towns and cities as people increasingly work remotely. This is changing people’s views on how and where they want to live by not being tied to their office.

“With a further announcement calling for people to work from home where possible, we will likely see this continue with the knock-on repercussions in the housing market. Those who’ve been on the fence about leaving a big town or city may take this second announcement as the push they need to make their move.”

Tammy Bishop, Sales and Marketing Director for Barratt Southern, adds: “The survey results show there is a desire to move and combined with current stamp duty savings available, it’s helping to keep the housing market buoyant even in the midst of a second lockdown.”
Looking beyond the South East at those thinking of moving over the next two years, while 35 per cent live in London and 17 per cent in the South East, 17 per cent are in the Midlands.

If you are thinking of buying or selling your home and you would like to speak to one of our expert lawyers, ring us on 0333 305 5189 or email us at info@lpropertylawyers.co.uk

Should you extend your home or move house?